The Foreign Languages Center EXPRESS: Summary of Results in 2013

At the end of each year the Foreign Languages Center EXPRESS traditionally makes a summary of its results. Hereinafter we would like to familiarize our foreign Clients with what we accomplished in 2013.

In 2013 the Foreign Languages Center EXPRESS celebrated its 10th anniversary. During these years the company sealed its market position and is today rightfully considered the biggest language Center in the Kaluga region.

Our work activities focus on two main points – foreign language courses and translation/interpretation services. Our vast experience provides a strong basis for our work activities. Oriented at modern trends EXPRESS is in tune with the times and offers exclusively the best quality of services to its Clients.

EXPRESS: A Developing and Growing Company

In 2013 the Foreign Languages Center EXPRESS renewed its licence for performing educational activities. The licence came into effect on March 1, 2013 and is valid for an unlimited period of time. It was issued by the Ministry of Education and Science of the Kaluga region.

The number of employees of the Center has significantly grown in 2013. A teaching methodologist joined our team. We also expanded our marketing and online-courses department, as well as our translation/interpretation department. In addition, we have been hiring new translators/interpreters and language teachers throughout the year.

In February, 2013 one of the most grandiose events in the English language teaching was held at the Izmaylovo complex in Moscow - the third international forum, better known as E-merging Forum. EXPRESS' language teachers attended the forum and had the opportunity to share their experience with over 1000 colleagues from the Russian Federation. The event was attended by both experienced language teachers and beginners from various language centers, schools and institutions of higher education, as well as teaching methodologists, textbook authors, native speakers and Russian-speaking specialists.

We started our academic year of 2013/2014 with an Open Day. All those interested had an opportunity to familiarize themselves with our language school’s operation, as well as observe our classes and just have a good time. 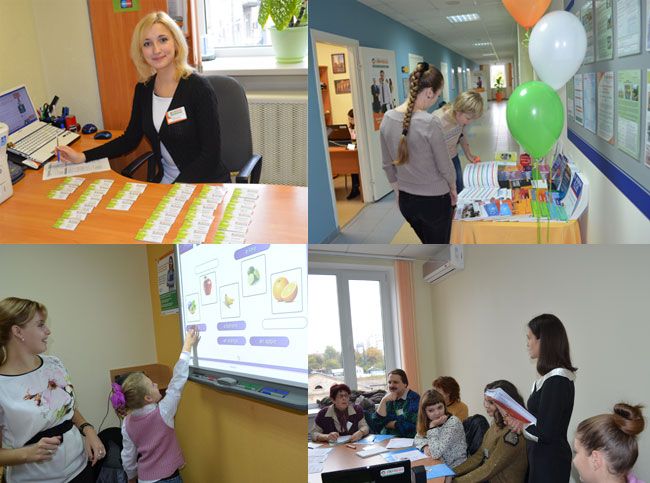 In 2013 we also increased our efforts when it comes to language programmes for pupils and adults. The most popular programmes were those held in Canada and Great Britain.

EXPRESS: The Biggest Language School in the Region

The Kaluga region is considered to be one of the fast-developing regions of the Russian Federation which attracts a significant number of investors. With each year there are more and more international companies and factories that require language courses for their employees. We have gained the trust of loyal Clients, such as Volkswagen, Peugeot Citroёn, Volvo and Benteler Automotive, as well as new companies which only recently started their business activities in the Kaluga region. For example, in 2012 and 2013 we signed the collaboration agreements with Continental and Novo Nordisk companies. In 2013 we also organized courses for the employees of the Kaluga Plaza hotel restaurant, as well as a crash course in technical German for Berlin-Chemie company. Furthermore, EXPRESS language instructors organise courses for representatives of the Administration of the Governor of the Kaluga region.

EXPRESS: The Organizer of the Online English Language Olympiad

From September 23 to December 14, 2013 EXPRESS held the Third Regional Online English Language Olympiad. The Olympiad was organized with the support of the Ministry of Education and Science of the Kaluga region and the Kaluga Department of Education. The participation in the Olympiad was free of charge, showing the project’s social awareness and focus on detecting and spurring interest towards the English language in pupils, students and adults from the Kaluga region. Promoting the English language knowledge and increasing motivation for its further acquisition is especially important nowadays, bearing in mind the rapid development of our region and the increasing number of international companies. Inciting interest for extra-curricular English activities in gifted children has a positive effect on their further development, education and professional career.

In 2013 we chose an extremely popular, interesting and well-known topic - Literature, Cinema, Art, Music and Mass Media. Judging from the high number of the Olympiad participants this topic was obviously right up their alley. During the online phase of the Olympiad the number of the tests taken was 2161. This was twice as much as last year, while, if we look at 2011, the number has quadrupled. It's nice to know that each year the number of our “Olympians” is exponentially growing. 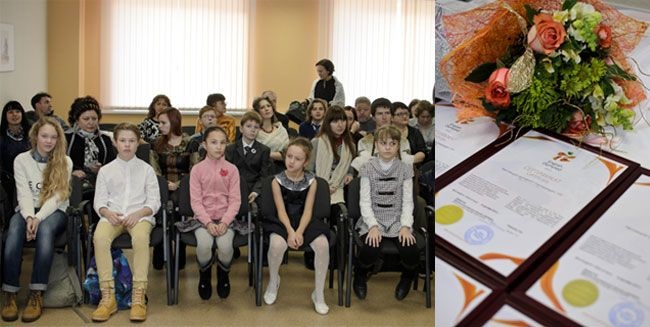 Our 2013 Olympiad included pupils, students and adults from the Kaluga region, but also those from other cities and countries. Although only residents of the Kaluga region were allowed to go through to the final, all of the participants of the First Stage had the possibility of getting their test results, downloading their electronic certificate and learning their overall score and ranking. The preparations for the next Online Olympiad have already begun. The topic and deadlines have been determined. The fourth Regional Olympiad will be held from September to December, 2014. The topic hasn’t been revealed yet...

The Foreign Languages Center EXPRESS is a fast-growing company which actively participates in the social life of our region. In addition to the Olympiad we also hold free seminars on teaching methodology for language teachers from Kaluga and the Kaluga region. In 2013 we held three of these seminars. 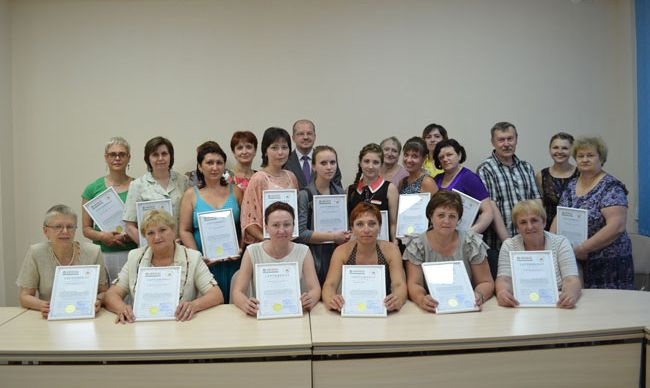 In 2013 our company organized three exciting social network competitions and also became a member of the Profcom Discount programme. This program has been going at Kaluga State University for three years. Each year the number of sponsors is growing. Since 2013 the owners of a Profcom Discount Card can also get a 10 % discount on foreign language courses and professional translation services at the Foreign Languages Center EXPRESS.

EXPRESS: One of the Best Translation Agencies in the Russian Federation

In 2013 the results of the second annual ranking of leading Russian translation agencies for 2012 were published. Out of 1000 registered companies only 110 were included in the final list. The Foreign Languages Center EXPRESS is the only translation agency from Kaluga that was on this exclusive list. The agencies were ranked on the basis of individual indicators of each company, as well as recommendations by professionals in the field. An agency’s position on the list does not reflect its level of organization - the decisive factor when it comes to ranking is the popularity of the agency. Consequently, the list serves as a reference of the best translation agencies in the Russian Federation that are recommended as reliable business partners.

The Medical Bulletin has been published in the Kaluga region since 2010. Since 2013 the Foreign Languages Center EXPRESS has had the great privilege of being the official provider of English translation services for this bulletin. Translation services for such an esteemed journal is our Center’s contribution to raising the level of health awareness among the citizens of Kaluga and other inhabitants of our region.

EXPRESS: An Official Exam Center for the Russian Language

In July, 2013 our company became a certified Center for state tests of Russian as a foreign language for immigrants wishing to obtain employment in the Russian Federation and to be admitted to its citizenship. On December 1, 2012 an act came into effect, in accordance with which all foreign citizens wishing to obtain employment in housing, retail trade and household services in the Russian Federation must get a certificate on their basic knowledge of the Russian language. Immigrants cannot obtain a work permit without submitting a recognized Russian certificate on their passing of the state test of Russian as a foreign language. Our Center’s specialists have acquired the necessary qualifications by completing the necessary courses of the Russian State Test System and obtaining the corresponding certificates. In addition to acquiring the necessary methods for carrying out Russian tests for the elementary level, basic level and level 1, specialists from the Foreign Languages Center EXPRESS also meet all of the basic normative and legal requirements for organizing the tests.

Now foreign citizens, who are required by law to certify their basic knowledge of the Russian language, can take the test at the Foreign Languages Center EXPRESS. The test can be taken by both those wishing to obtain employment and those seeking Russian citizenship. 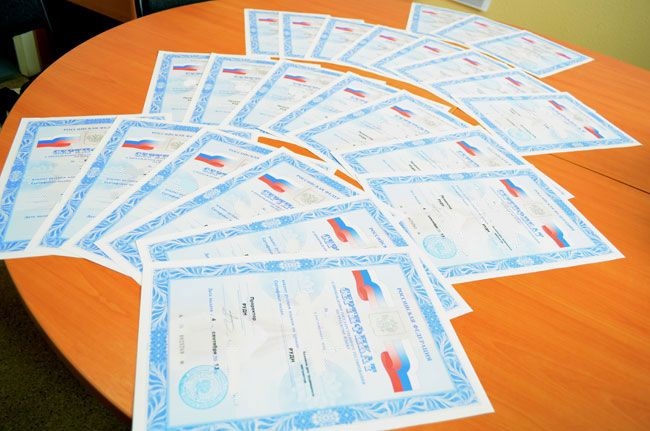 EXPRESS: A Company with Online Courses

We are actively developing our online courses. Employees of several companies have passed our distance-learning courses and got certificates at our Center. The group courses were held via a web-conference platform. The courses were held by a professional Russian language instructor.